It doesn’t matter what industry you’re in. Everyone needs to incorporate email campaigns into their marketing strategy. That includes radio stations. And chances are, your station sends emails on a fairly regular basis. But just sending email isn’t enough. They need to be effective. Start by avoiding these common email marketing mistakes.

There’s a common misconception that email marketing is dead. That’s just simply not the case. So for those struggling with an email strategy, there’s a good chance you’re making mistakes.

This is actually good news. It means your station can grow just by making some adjustments.

If you’re not planning to contact them until you send the next newsletter, it’s a big mistake. Welcome emails should be triggered immediately after a sign-up. That’s because they have the highest open rates compared to every other email category.

This makes a lot of sense. Think about it.

They’re on your site right now, and probably still have the browser open. They’re interested. But if they don’t hear from you for a few days or a week, the want or need for connecting with what you’re offering won’t be nearly as enticing. You’ve lost the top of mind opportunity.

On a per email basis, welcome emails generate 320% more response than other marketing messages.

With that in mind, you can refer to my guide on how to generate sales with welcome emails. Of course, you also need to have entertaining and enticing messages in your welcome email. Adapt the guidelines here for some ideas.

The best time to turn interested folks into newsletter fans is triggering an automated welcome email as the first message in a campaign as soon as they sign up.

A Call to Action

While it would be nice to think your audience loves the radio station as much as you, that’s just not the case.

READ  How to Automate the Email Newsletter

So sending them a “hello” or “just checking in” message for no reason doesn’t add any value to their life.

Every email should have a purpose with a clear CTA that drives your goal home. And that purpose cannot be to justify an advertising spend from a client. What is the value to the email recipient?

Without a call to action, what would the recipient to do with the message? Even if you’re sending breaking news update, there should still be something in the message that leads to another action.

On the other hand, some stations go overboard with four or five CTA’s in the same message. The email is crammed with so much clutter, listeners can’t sort it out. It’s like being in Times Square.

Each CTA may be just fine. But add all of them to one message and the reader gets overwhelmed.

The content of the message should be to set up a CTA. For example, if you’re promoting an interview with a band from today’s show, it should be about listening now. That can spike your ratings and provide a valuable service to the audience, if you follow this ratings hack.

If promoting an event or contest, the CTA should be about signing up. Want to promote two events? That really should happen in separate email campaigns.

Sending Too Many Emails

Just because someone subscribed to an email list, it doesn’t give you the right to bombard them with messages every day.

I can’t count how many times I’ve had to unsubscribe from restaurants who don’t think about their user experience. One sent me two emails a day every day. And it was a restaurant in Boston. I make it a point to never order from them when in Boston because i know I’ll end up on their list again.

The average person who works in an office receives 121 emails per day. That’s more than 44,000 emails each year!

So it’s no surprise that the number one reason why people unsubscribe from email lists is because they get too many irrelevant messages.

Put yourself in the shoes of a consumer. How often do you check your emails and feel annoyed about all of the messages you have? You don’t want people to have that association with your website and brand.

They should be happy when they get a message from you, not annoyed. Remember, they signed up to get messages, so they obviously have interest in your content.

So be careful to limit emails only to the times you have something relevant and important to communicate. That may be every day. It may be three times a week. Just make sure the messages are relevant.

To manage this more effectively, allow them to choose preferences when they sign up. Ask them the communication frequency that they want, as well as the type of messages they prefer. Then segment your subscribers accordingly based on their answers.

If you have one long master email list where every subscriber receives the same content at the same time, you’re asking for problems. This is a huge mistake.

Some subscribers may actually want promotions and coupons from advertisers, while others want music and concert information. If you’re a sports station, it’s easy to find out which sports subscribers like best. Everyone has different needs and preferences.

For example, let’s say you run a CHR station. A hip hop fan has more interest in Drake than a pop fan. Shouldn’t you communicate them based on their tastes? Some are fans of the morning show. Others like the station because of the commercial free music sets. Find out what drives listening and use that to your advantage.

Furthermore, studies show that 60% of people will delete an email that they find irrelevant. 27% of people unsubscribe from irrelevant emails and 23% mark them as spam.

That’s right. Even if you’re not sending emails too frequently, your subscribers can still unsubscribe. But segmenting subscribers decreases the likelihood that your content will be perceived as irrelevant.

READ  How To Make Your Database a High Leverage Weapon

Each email message is marketing. It’s an opportunity to influence listeners.

Take the same approach you would take in creating a promo or preparing a segment on the air.

In other words, plan it.

Create an outline. Write the copy. Put it through editing and spell check software. Proofread, and then proofread again.

Imagine getting an email from a high-end brand trying to sell you a $2,500 watch. But the message is filled with grammar mistakes. Are you going to buy that watch?

Probably not. It’s a poor reflection of that brand.

6. Not Optimizing Signing Up

Your email marketing campaigns will only be as good as the subscriber list.

It doesn’t matter if you have great content and a mobile-optimized message with the perfect CTA and professional design. If only 30 people get it, you can’t expect great results.

I realize email lists don’t get built overnight, but attracting more prospects into the database and email newsletter should be a constant priority.

If you just have “sign up for our emails” ad buried in the corner of your website, it won’t generate subscribers.

Remember, people are getting bombarded with 1,000 emails per week. They won’t be signing up to receive more unless they have a good reason.

An offer in exchange for an email sign up works, as long as you also market and promote the offer.

Email marketing is still alive and thriving. Make it a priority.

Maybe you’re guilty of some of these mistakes. Don’t worry. These common mistakes are easy to fix.

Identifying them is the hardest step. But now that you know what needs to be done, make the adjustments and apply changes to your strategy moving forward. 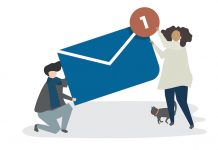 How to Automate the Email Newsletter 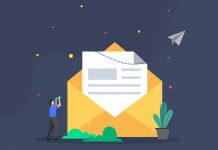 How To Measure Email Success 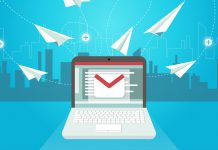 A Step By Step Guide to Automated Email Drip Campaigns 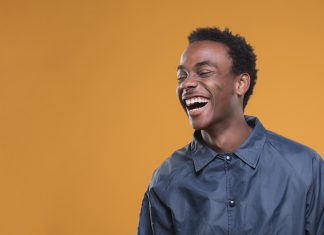 The Four Rules of Funny

Funny doesn’t follow a formula, but there are elements of a joke that contribute to successful humor. That goes for stand up comedy, a...

Game: None of Your Business

When To Tease Is As Important As What To Tease

A Step By Step Guide to Automated Email Drip Campaigns