The ratings report is in. Results indicater the cume is strong but P1’s are down. Oh no! A management freak out has begun.  There’s a ratings problem, because everyone knows that P1’s are the lifeblood of a radio brand. The market manager demands an answer: “What is happening to the fanbase?”. Programming panics and scrambles to explain it. But wait! Maybe the problem isn’t P1 listening. Maybe winning P1 listeners isn’t winning fans.

P1s Are Not Fans

Broadcasters should dig a little deeper to understand semantics in the ratings process. There’s a fairly comprehensive glossary that explains ratings terms here.

For this discussion, understand the term P1. To qualify as a P1 listener, a ratings panelist must spend at least one quarter hour more with a station than any other.

There are many explanations for P1’s and fans being out of step.

Some listeners are P1 this week or month, but only then. They may not be loyal to any station. They’re button punchers who happen to give one station slightly more listening credit in a reporting period.

The difference in actual quarter-hours a listener spends with their top 3-4 stations is often quite small. They may be a P1 today, and a P4 tomorrow.

Maybe someone else controls the radio in a workplace, or a meter carrier is exposed to a signal they would never choose as a favorite.

However, the exposure turns them into a P1 for ratings purposes, at least for a short time. Actual preferences are not always consistent with behavior. They may hate a station, but are forced to listen. They may love another, but not be able to tune in.

But if overall listening is small, their quarter-hour contribution is insignificant. They still count as a P1, but it’s not as valuable as having a real fan.

Fans Are Not P1’s

On the other hand, many fans don’t appear as P1’s, for some of the same reasons described above. These folks are valuable, and can be converted to higher TSL with effective promotion and marketing.

When the percentage of P1’s grows, programmers often make the assumption that the station is delivering a better product. And that may be the case, but it’s dangerous to assume that this means you’re converting cume into fans. It’s probably just because the folks wearing meters happened to be exposed to your signal.

In fact, many stations have a large number of P1’s but very few fans.

Which Is More Valuable?

This demonstrates just a few of the many problems when using ratings as a research tool for programming.

Time Spent Listening (TSL) is driven by fans, not P1s. And fans can’t be measured in a ratings report.

Radio stations earn fans over time, and often one at a time. That’s the key to sustained success.

Fans are passionate, loyal listeners who love a brand. They are the lifeblood of a winning radio station. There’s a formula that shows exactly how important each fan is to a station’s success. Find out how and download a calculator here.

When a true fan becomes a ratings respondent, there is an immediate and meaningful lift. The opposite is also true: When one leaves the panel, significant declines can occur instantly.

The problem for most stations is that building a fan base is rarely because the music format is just right or service elements (traffic, news, weather, etc.)are on at predictable times.

It’s not even the amount of money given away in contests and promotions.

Listeners become fans because of an emotional connection. The bond could be a common worldview, such as we see in the Contemporary Christian format.

See also  The Physics of Passion: Your Show and Loyal Fans

In business, loyal listeners (fans) drive results. You probably know of the 80/20 rule, which claims 80% of revenues are driven by 20% of customers. Radio has become even more extreme. It’s now closer to just 10% of a station’s cumulative audience accounting for up to 90% of listening.

That’s a problem. But if programmers can figure out how to push this percentage higher, you’d have tremendous ratings growth.

Winning Fans One At A Time

Converting an individual from a casual relationship with a brand to being a loyal supporter is hard.

How many restaurants do you visit in the course of a year? A lot. It’s fun to try new places. You probably even return to a few on occasion.

But how often does a restaurant you’ve tried (a casual user) become a favorite, leading to several visits a month?

Not often. And most of us are more passionate about where and what we eat than the radio button pushed. After all, they pay for a dining experience with hard earned money. Radio only costs attention.

Yet most broadcasters continue wringing their hands about television ad budgets, billboards and marketing campaigns long ago slashed in the latest round of cuts.

Most stations don’t need more listeners. They need to convert those already tuning in.

Scale The Audience By Winning Fans

Here’s some math on how valuable fan conversation can be.

Note: Yes, I know the math is flawed. It’s impossible for the 90,000 people to listen for less than 1/2 a quarter hour per week, since ratings register either a full quarter hour or none. I’m showing this for demonstration purposes with the actual amount of listening, not measured listening (quarter hours).By the way, Nielsen reports that nearly 1/2 of all non-P1 listeners tune into stations for just 2.5 minutes.

What would happen to a station’s ratings if it could increase the fan base from 10% to just 15%?

Imagine the explosion in ratings by driving the fan percentage to 20%.

How To Create a Strategy For Winning Fans

Converting casual customers to fans takes time, and can be costly. It’s also where more marketing, advertising and contesting budgets should be invested.

Let’s assume you already have a healthy cume. Also assume the majority of the audience is not unhappy with the station brand.

That means growth will come from converting casual listeners and further feeding the reach with referrals from fans.

How do you do that?

Winning fans isn’t a tactic thrown together in an afternoon. Nor is it achieved with a short-term campaign to spike ratings this quarter.

Nurturing relationships is where resources should be invested. Winning fans happens over time, but is a winning strategy that will pay off.

Build a Community of Fans By Being the Underdog

How Chaos Theory Can Help Convert Cume to Fans

The Truth About Radio P1’s and Fans

The Incredible Power of Fans and Super Listeners 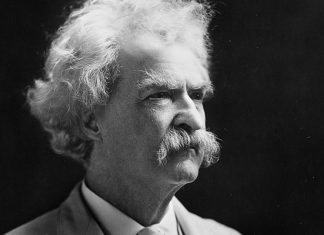 Mark Twain Helps You Learn To Be Funny

White-haired Samuel Clemens was recognized for his power of celebrity and personality in establishing and spreading his brand. He was just an author with...

9 Tips For Developing a Contest Strategy

6 Ways to Grow the Database Without Annoying Listeners

The Art & Science of Programming