The Super Bowl Vote Off (you can probably think of a better name-Super Bowl Survivor?) is a great promotion if your local team is in the Super Bowl. It’s even better if you’re in a cold weather location, since the Big Game is almost always in a great place for a winter getaways.

But because the Super Bowl is one of the most popular sporting events in the world, it works for any station in any market, as long as there’s a strong personality show that can pull it off.

How To Execute Super Bowl Vote Off

The contest starts in early January, and pays off during the week leading up to the Super Bowl. The final pay off is the Friday morning before the game.

The contest is pretty simple:

This is all about storytelling and building suspense each day.. As the week goes on, listeners will get to know the contestants and become invested in the outcome.

Keep them involved in the show, and throughout the day. The more they’re exposed, the more the audience starts to love them-or hate them.

Ideally, there should be two guys and two women. Let them plead their case for votes.

Each day is a new vote. The vote counter resets as soon as someone is voted off. This drives more immediacy, intrigue and excitement.

Schedule various things they have to do each day, such as side trips to annoying and obnoxious landmarks along the way.

The show should be fair to all and avoid playing favorites, but try to pit them against each other. It brings out more character and personality.

Send a promotions person along to coordinate the promotion and capture content for social media, including a lot of video. But don’t let listeners know they’re there.They should be invisible to the public. To listeners, it’s just the show member and the contestants.

Make sure the contestants rotate seats regularly. This keeps it fair and changes the dynamic in the car,which makes for better drama on the air.

Super Bowl Vote Off is a fun promotion on the air. It’s a little expensive to execute, mostly because tickets to the game, hotels and the flights can be over-priced. But it is worthwhile.

It’s a unique twist on Super Bowl week and puts your radio station in the middle of the story. This is especially the case if a local or regional team is playing in the game.

Obviously, stations should consult with their attorney to make sure the rules are solid and liability is limited. Insurance can be an issue, and you may run into some obstacles like paying overtime to employees. 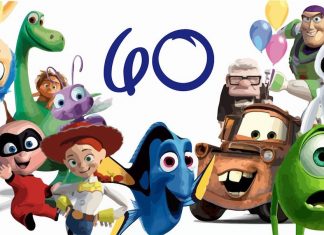 Outperforming radio personalities are usually great at storytelling. There is much to learn from the great storytellers and the best in this area is...

Feature: Never Have I Ever

Mark Twain Helps You Learn To Be Funny

Feature: What The Cluck