For Halloween broadcasts, doing a Haunted House show can add drama, especially if one of the members of the show is clearly frightened.

To do this right, it takes some production value. And it also requires preparation and a flair for storytelling.

But it’s worth it. You’ll build character for each person on your show, some drama and suspense. If you’re really great (and a little lucky), it’ll also build some word of mouth!

Here are ideas that will make it come alive:

Don’t do a live radio show from a Haunted House. There are many things that can go wrong, and it almost always comes off as cheesy or sounding staged.

Plus, the audio isn’t nearly as compelling in the morning as late at night or overnight.

Instead, record the show during the night and play highlights the next morning. Host the segments live with commentary and set up the audio with anecdotes about the experience.

Knowing the audio ahead of time makes for better storylines.

If the whole show is going to the Haunted House, record it! But there’s a better idea.

Send one or two cast members to do the show as they investigate a local haunted house.

Check in with them every 15-20 minutes as they tell an ongoing story across the morning.

It may be more effective to make this an undisclosed location of a real haunted house that the owners don’t want made public. That adds another layer of intrigue and mystery. And it creates another storyline, as you check out the location and verify whether it’s legit.
As members of the show investigate the house, small weird things start happening (all audio based of course).

And Then…you lose the audio. And you don’t hear from that member again. A few breaks later, the other disappears.

You send reinforcements to investigate and figure out what is going on. One by one, they continue to disappear, at a rate of about one every 20-30 minutes.

By the end of the show, the host should be the only one left. He/she is freaking out of course, which leaves a great cliff-hanger for the next day.

At the end of the show, the rest of the cast arrives back, and all are fine.

BUT, they can’t remember anything that happened from the time they went into the house to the time they “found” themselves on the street two hours later.

This requires storytelling and creativity. Plan it well, and it is a big winner. Lottery: Who Was It? 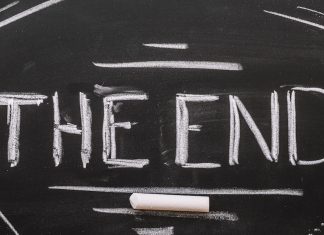 Air checks are usually tedious, only a bit more fun than dental surgery. But they don’t have to be. It takes time, commitment and...

A Unique Way To Give Away Prizes

Promotion: Bank It Or Burn It