The program director was frustrated with his morning show. And for good reason. It was under-performing and there were a lot of things that needed to be fixed. And in one meeting we fixed most of the problems with one adjustment. The solution had less to do with changing the talent than changing the program director. The secret? The PD discovered the secret behind working with air talent. Coaching yields positive results. Critiquing doesn’t. Coach. Don’t Correct.

I recognized the disconnect between the talent and the programmer before even meeting the show.

Here’s how the conversation went:.

Me: How do they respond to leadership in meetings?

Him: That’s what drives me crazy. They say they’ll change, but then nothing happens on the air.

He hands me a stack of memos he sent to the show after meetings from the past several weeks. Each was full of corrections. You failed here. You didn’t do this. This was okay, but this was bad. Hmm. I’m starting to figure this out.

Me: How do the meetings go with the afternoon personality? (a terrific talent).

Him: Air checking her is the hardest thing I do. She does everything so well. In fact it takes more time to prepare for a meeting with her because I can usually only find one or two small things in an entire show.

Uh-oh. Got it. The problem is the program director was focused on what was wrong. Not on inspiring what is right.

The well-meaning PD was teaching the personalities to avoid mistakes. They had no idea what the PD wanted. Just what he doesn’t want. That’s not coaching talent. That’s criticizing them.

There’s a huge difference.And he was going out of his way to find those problems. This is, unfortunately, common in radio. Programmers and managers want to eliminate the negatives that drive listeners away from the radio. If we can just get rid of what listeners don’t like, they’ll love us, right?

No, not really. That is a ticket to the zone of mediocrity. And that’s a bad place to be.

It’s no wonder that most air personalities would rather have a root canal than an air check meeting.

Preparing for a meeting with the show, I suggested we change the approach to focus on things they’re doing well. This is the concept of catching them doing something good.

Though the list of things that needed correction was long, we decided to focus on one specific thing to correct and provide positive reasons for making adjustments. The reasons would all be based on the unique things they do well.

The goal was to find the most important, high-impact adjustment possible. Then, the PD would try offer positive reinforcement about their execution of that one thing. Nothing but praise and excitement, with a few suggestions on how it could be even better.

See also  Personalities: Be Proactive To Get Feedback

The response was incredible. The show loved the ideas, embraced the concept and enthusiastically tried to put it in place the following morning.

We met again after the show. I was ready to celebrate and point out all the things that contributed to improvement. The complements were authentic. It really was an incredible change.

But the PD started the meeting nitpicking a small thing, demanding to know why they didn’t execute the plan in every break because clearly you can do it. You just didn’t!

And the air came out of the room. The talent shut down and progress stopped.

The PD is a fixer, and his management style is correcting. And it doesn’t work.

Coaching is a forward momentum skill. Correcting is looking in the rear-view mirror.

Coaching draws on past performance to inspire future growth toward excellence.

Correcting is punishing for mistakes.

Coaching is inspiring improvement by building on strengths.

I see this in air check sessions all the time. PD’s bring out the audio, play a few breaks or an entire show. They resurrect the past, and focus on things that went wrong.

And it kills the spirit. It’s no wonder they dread air check meetings.

A coach uses audio to build on past performance. A corrector uses it to punish. Which approach do you think will produce positive, productive personalities?

It’s no different in teaching students, raising children, coaching athletes and training puppies. Nobody wants to mistakes brought up over and over.

Of course, talent should not be allowed to make the same mistakes over and over. Coaching isn’t about ignoring problems. It’s about providing direction and guidance to address problems.

The spirit of Coach-Don’t Correct moves forward without pointing fingers.

Focusing on mistakes causes talent to live in a world of failure. Some can overcome it, compartmentalizing criticism for the good of their show. But at best, they end up with a negative attitude. They feel that no matter what they do, the boss is never satisfied.

So what happens? They resign themselves to being unable to make the PD happy. Then they either ignore input or stop trying. They just execute the basics and hope to avoid the pain of a critique session.

Skills Managers Must Have To Coach Air Talent

Catch Them Doing Something Good 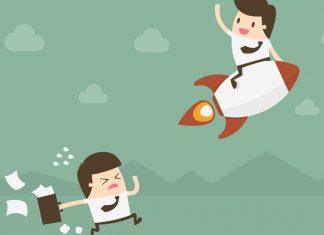 The Real Competition Is Not Other Stations

Why Features are a Must-Have Building Block for Your Show