When is the last time you looked forward to being around someone who always complains? Or that couple that bickers and argues at dinner? Or relentlessly makes fun of others? Is it comfortable being with someone who seems to find the dark side of life? Generally, people with a personality that is ruled by sarcasm have fewer friends.

In this article, I’ll explain the danger of sarcasm as a character trait. Including:

Sarcasm is one of the greatest barriers to attracting more friends. And radio performers need all the friends they can get.

Generally, likable personalities have a big advantage and sarcasm is a hard attribute to turn into a likable trait.

They are relatable, genuine and vulnerable. They share common interests and it’s comfortable being around them.

Now think about friends in a bad mood. You probably find an excuse to make it an early night and get out of their way, right? If they stay in that space for awhile, the relationship kind of ends. Why? They’ve become less likable. It’s hard being around them.

Unlikable, edgy personalities can fill a role on a multi-personality show, but only as a secondary or tertiary role player. To establish a long-term relationship with listeners, find personality attributes that can be turned into character traits that define your personality brand.

Sarcasm is probably not one of those traits.

There are many ways to be more likable, of course, but to really turn up the charm, it helps to turn down the sarcasm.

Now I love a sarcastic sense of humor, and many broadcasters share a biting, sarcastic wit. But maybe that should be checked at the studio door when performing.

Accepting the premise that likable traits are important, infers that the opposite is also true. Unlikable traits won’t turn into success. And sarcasm is not likable.

According to several studies, women use humor to connect and bond; while it’s more common for male humor to be include put-downs, humiliations, verbal duels, and practical jokes.

In a Psychology Today article– Think Sarcasm is Funny? Think Again — author Clifford Lazarus PhD, had to say about sarcasm:

Despite smiling outwardly, most people who receive sarcastic comments feel put down and usually think the sarcastic person is a jerk. Indeed, it’s not surprising that the origin of the word sarcasm derives from the Greek word “sarkazein” which literally means “to tear or strip the flesh off”… [WOW]

Lazarus makes the point well. But he continues with an even stronger warning:

sarcasm is a subtle form of bullying and most bullies are angry, insecure cowards.Now I’m not saying all sarcasm is bad. It’s just better used sparingly – like a potent spice in cooking. Too much spice and the dish will be overwhelmed by it.

I still remember a cringe-worthy moment listening to a radio show playing a trivia quiz with listener contestants. He asked a question about Ellen DeGeneres (it was her birthday). Both listeners got the first round of questions wrong.

His reaction was dry and sarcastic:

Boy, you guys are real Ellen DeGeneres experts, aren’t you?

Neither laughed. It came off mean and judgmental rather than welcoming and playful.

Yet Sarcasm Has A Place

There’s a difference between having a sarcastic personality and using sarcasm as part of the humor toolkit.

A sarcastic sense of humor can be fine, as long as it doesn’t defines a personality brand. Dr. Lazarus observes:

An occasional dash of sarcastic wit can spice up a chat and add an element of humor to it.

Another way to use this trait is through an exaggerated character as explained and detailed here. Harvesting sarcastic humor in a character can position the main characters as likable good-guys listeners cheer for.

The Danger of Sarcasm

There’s a thin line between using sarcasm as an advantage and having it damage a show.

a big or steady serving of sarcasm will overwhelm the emotional flavor of any conversation and taste very bitter to its recipient. In essence, sarcasm is easy (as is mostly anger, criticism and meanness) while true, harmless wit takes talent.

If you’re going to use it as part of your character brand, make sure listeners get it. It’s hard to get the humor because sarcasm often relies on visual cues. Listeners can’t see facial expressions or body language.

That’s why there must be a “tell”. The audience must recognize the sarcasm. When making a sarcastic comment, make sure it’s over the top and obvious. Put a smile and eye twinkle in your voice. And exaggerate it. If not, listeners will interpret it as mean.

Sarcasm is rampant in the halls of radio stations. Many of us thrive on a jaded style of humor to crack each other up. It’s edgy and funny. So we tend to bring the same humor to the air. It may light up the hallway, but it can backfire on the air, especially on a female-targeted station.

One more thought: Sarcasm above all has to be laugh out loud funny. Otherwise it just sounds bitter and mean. And who wants to listen to bitter and mean?

But bitter, mean AND funny can be REALLY TRULY funny. Just don’t build a show around it. Likability Tips From An Unlikely Source 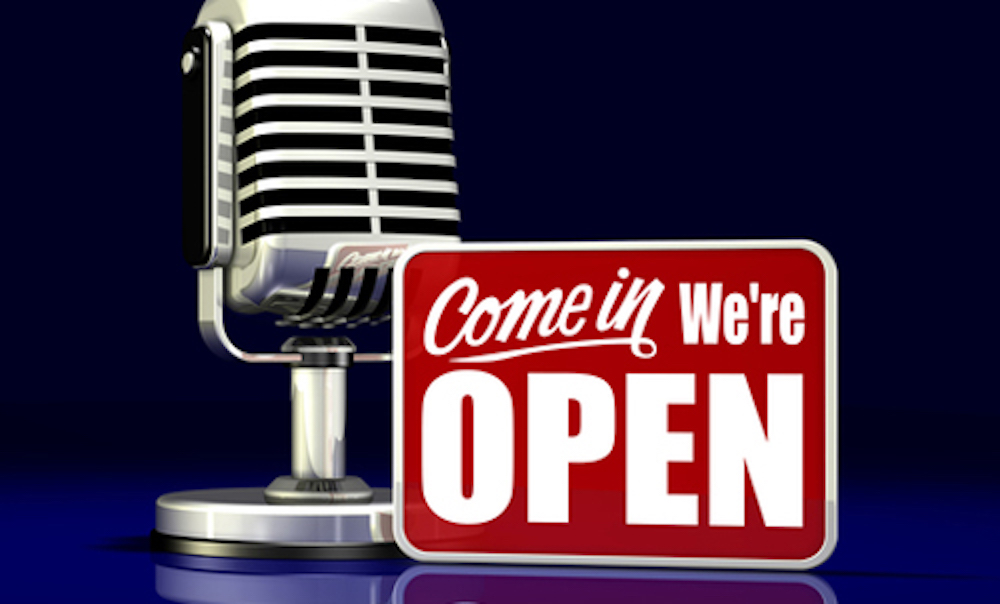 Cause Marketing: Coats For The Homeless

Relationship Feature: Dump Them Date Me

The Danger of Using Online Music Clubs For Music Research